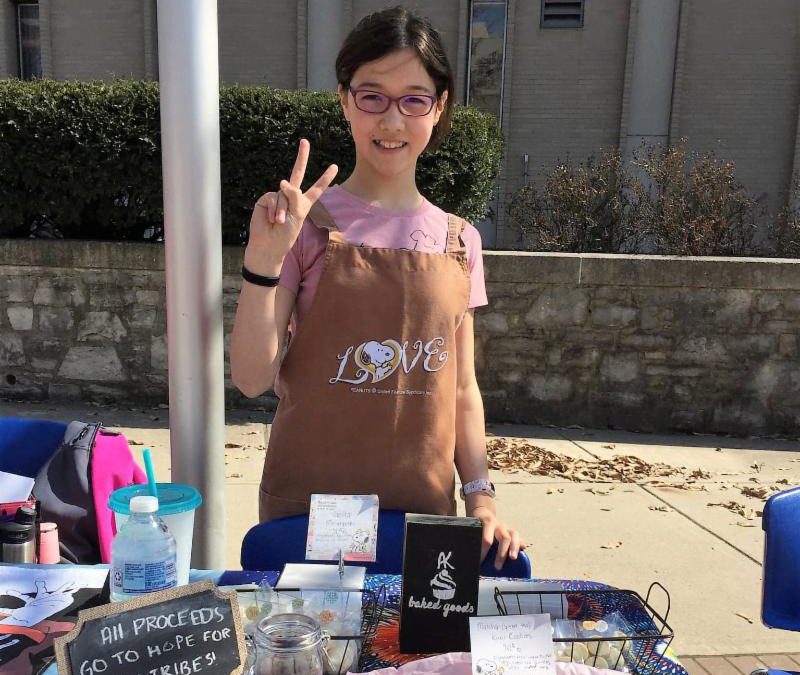 Volunteer of the Year: Ana Kain 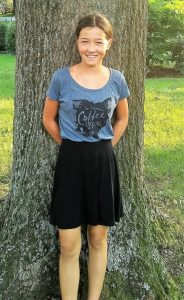 I realize the year is only about two-thirds of the way done. But it’s probably not too early to honor one of our special volunteers: Ana Kain. Ana is eleven years old. When she heard about our pending financial shortfall, she took it upon herself to help out– by selflessly fundraising in several ways. She started by baking cookies and treats (finding her own recipes) and selling them at the school bake sale. She also went knocking on doors in her neighborhood asking for donations and selling baked goods at her “roadside stand”. Just the thought of going “door-to-door” scares me! Her efforts produced over $350 in donations for Hope for Hilltribes. I’d like to emphasize that Ana did this all on her own initiative. It was not something her parents told her to do. It wasn’t something we thought up ourselves and suggested. She came up with it all on her own.

When I heard the news I was pretty humbled. It struck me that I could learn A LOT from an eleven-year-old. Ana serves as a reminder to me that God is big and can work through all of us in creative ways to help the people we serve in Thailand. People often ask me how they can help and my answer always is: “Pray for us…oh, and can you make a donation?” For most of us, this is pretty easy to do and people are 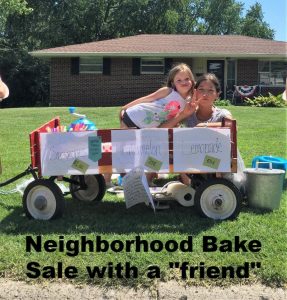 usually happy to give something. I’m thankful for that. Ana could have easily donated a portion of her allowance and moved on with her life. But her heart wanted to do more and she creatively thought of ways to get involved.

We talk a lot about helping people in our culture–and that’s a great start–at least we’re having the discussion. But for me, it often stops there. Just “talk”but no action! Wherever you’re at. Whatever cause you’re into (even if it’s not Hope for Hilltribes), please consider Ana’s example. I know many of you give your time and money in sacrificial ways. But, if you’re like me, you could probably do more. I can’t bake like Ana can. Trust me, I’d probably lose money if I tried to sell my cookies. I know God’s given all of us talents, gifts and creativity that we can use to help others if we’re willing to take action…according to Ana, you won’t regret it!

Thanks so much for reading this update and allowing us to honor Ana. We appreciate each of you and your commitment to this cause.

get involved with us 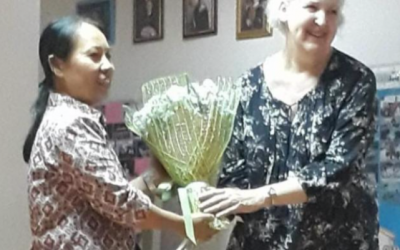 END_OF_DOCUMENT_TOKEN_TO_BE_REPLACED

Our mission is to help Ethnic Minorities in Thailand by providing academic, medical and financial assistance.

© Hope for Hilltribes | Site by Artillery